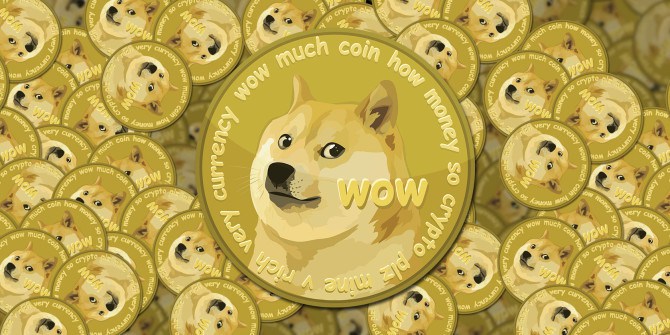 The Overall Story of Dogecoin

By December 2013, when a single Bitcoin was worth around $1,083.14 US, the world started taking cryptocurrency seriously. It was then when Jackson Palmer and Billy Markus felt that these cryptocurrencies were being taken too seriously. As per them it could be an element of fun but not serious money. So, then they decided to produce their own coin in the form of a fun coin named as Dogecoin. It was introduced on 6th December, 2013. A renowned meme of a Shiba Inu dog was made its mascot. This bold and new coin soon gained huge importance all over the internet. But people did not stop making fun about how it got introduced. But inspite of all such mockery today Dogecoin has turned out to be a part of the huge community of cryptocurrency. It is commonly termed as the “friendly” coin. Ever since it was introduced, it has been associated with several good causes of which charity donations. The fans of Dogecoin like to be addressed as Shibes.

Though this cryptocurrency is used in any Dogecoin casino, you should be aware that it is used for several good causes by the Dogecoin community. In the year 2014, this community raised a fund of around $50,000 to help the Jamaican Bobsled Team in the Sochi Winter Olympics. These Shibes also raised around $30,000 on the World Water Day i.e. 22nd March, 2014 to help build clean-water wells in Kenya. The Shibes also tried to help the NASCAR (North-American Stock Car Auto Racing). In March 2014, they even paid around $55,000 for sponsoring a driver in a Dogecoin themed car. Even in the social media Reddit you will find its huge list of followers. This this social media group the Shibes can give each other useful tips on Dogecoin and post useful content about the same. Such social media can also be used as a platform to raise fund for any good cause.

There is no limit to the supply of the cryptocurrency Dogecoin. This indicates that there is endless supply of this particular virtual currency so its price would not go very high like the other digital coins Bitcoin and Litecoin that has limited supplies. When compared you would see that in the market of cryptocurrency where there are only 21 million Bitcoins circulating, the number of Dogecoins is about 114 billion. This is what makes the latter just perfect for any small transaction like donations and tipping.

If you notice Dogecoin has recently attained a lot of publicity. Though its developer Billy Markus lacked any clear vision while developing it, yet currently it has turned out to be one of the most preferred virtual coins. Apart from acting as a mode of donation you may also consider it as a good form of investment. Dogecoin has been noticed to have a market cap of $330,900,232 as of today, but just in January 2018 it was more than 1 billion USD. So, chances are there its rate will go up, so investing on the same would be a good idea.

A Tough Money Loan provider May Meet your needs exactly

Be Ready for Heatwaves in 2021

Essential Options to move without worry